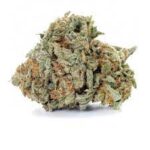 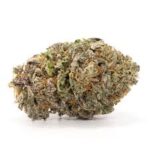 Buy G-13 Haze Kush .This hybrid of G13 has been crossed with an original Haze to give it a more uplifting sensation while still retaining the heavy hitting indica undertones. G13 was bred for maximum potency and renowned for its medical use, and it’s definitely not recommended for beginners.G13 is NOT a strain suited for clandestine users. You can put it in a sealed bag and STILL get a slight skunky whiff! It has a slightly sweet smell with more than a hint of savory cheesiness. Add in a wild berry scent, and you have a pretty unique smelling marijuana strain.

As the legend goes, G13 weed was created at the University of Mississippi in the ’70s as a government project to breed super genetics of cannabis. Some lab technician – legend has it named Neville Schoenmaker – persuaded a rebel scientist to sneak out cutting of a high-yielding and easy to grow super strain – come to be known as what the lab labeled it, G13 weed. This Frankenstein strain is a cross of too many strains to make anything of it, and the only known lineage is some sort of Afghan bud, though, you can usually always expect that lineage to be true since Afghan and Hindu Kush are landrace Indica strains from Afghanistan. What is a landrace strain? It is the original variety of cannabis, originating in Central Asia before it was spread by humans and cultivated all around the world. Kilimanjaro, Acapulco Gold, Swazi Gold, Lamb’s Bread, and Durban Poison are some other familiar landrace strains that are commonly known. Now that G13 weed has spread well past the confines of the laboratory at the University of Mississippi, we cannot confirm the story or the exact G13 strain genetics, G13 remains an anomaly.

Some of us are drawn to the unknown which may be what makes this strain so appetizing. Cannabis users who want to add a bit of surprise to their wake and bake ritual might be drawn to the covert government operation of the super cannabis strain, the only one that was released from the lab, the G13. Don’t let the mystery scare you away though. There are a few great things that you can expect with this super G strain like pain alleviation, relaxation, and a good appetite.

The indicia to Sativa ratio has shifted quite favorably to the Sativa side since its release 50 years ago. It’s now more of a 70/30, though it still packs a huge indica punch. The G13 THC content is upwards of 24%, making it somewhat moderate these days, but very potent back in the ’70s. The consensus is quite varied from user to user, or maybe this strain is so mutilated from its former Frankenstein strain genetics and constant cloning that it has various phenotypes under the same name; this could be why it elicits such varied effects. Usually users agree that G13 weed brings on an instant euphoria from such a relaxed state that the surface of the skin tingles before wanting to take a nap. This strain is quite potent and the G13 strain THC level is noticeably higher causing a bit of paranoia to sneak up on you. This strain would be best recommended to experienced users or people who want to relax, watch a movie or cook up an epic meal – and eat every bite of it. It’s best to be home in case of extreme hunger, paranoia, or sleepiness sets in.